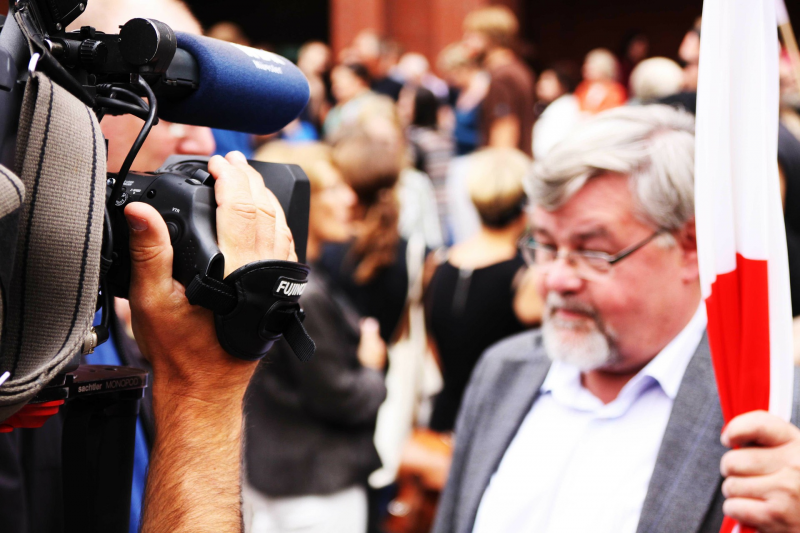 At any given moment, thousands of horrible things are going on in the world. Someone is being shot, murdered, robbed or unjustly arrested; we all know this because the media told us. In fact, the media says a lot of things. Generally, they report on the most horrible, derisive topics possible or else focus on some celebrity’s life.

But when push comes to shove, the mainstream media seems eerily silent on select topics. There are some noteworthy examples of media silence. The recent passing of the DARK Act by the House of Representatives seems to have been completely uncovered despite its wide-reaching impact on civil liberties of individuals. Instead, only stories of violence and racism appear to be worth airing.

For those unfamiliar with the DARK Act, it is a bill that essentially prohibits any state from passing legislation that requires the labeling of GMO food products. Dubbed the “Deny Americans the Right to Know” Act by its opponents, it has received virtually no mainstream coverage despite its rising support in the legislative branch.

Make no mistake: this is an anti-rights bill. Vermont (as well as a few others) has passed labeling legislation, which the DARK Act seeks to override before it even comes into effect.

Rather than deal with major world issues—the possibility of Gaza running out of drinkable water, for instance—our news sources blast the repetition of a single story without covering the important details. One of the best instances in memory is the loss of Malaysian Airlines Flight 370.

When the enormity of the world is considered, losing a plane in the ocean isn’t so surprising. There are no land markers in the open ocean to use as a point of reference, and once something sinks, there’s no finding it unless you know where it went down. Reporting on the same event for weeks was quite simply a distraction and waste of time.

As it’s been a few years, it may be easy to forget that in March 2014, Russia was invading Crimea following violent protests in the Ukraine. While this drew attention initially, it was quickly eclipsed by “the plane.” But this was a serious event: a country like Russia invading another and breaking their sovereignty is no small thing.

Aside of dragging out unimportant news, the media is just as guilty of pitting us against one another.

“Tension is on the Rise”

If you go for a trip to the store in the vast majority of the US, you’ll notice one shared thing. As a whole, things don’t appear to be all that violent.  Most people are just going about their lives. If you turn on the news, it’s people shooting police and racial protests. But does that really reflect your everyday experiences?

The media loves social unrest; its broadcast always makes things seem worse than they are. Not once in the last eight years of recession have I seen armies of people taking to the streets to protest. The revolution hasn’t come, and unrest really isn’t as about to “boil over” as they seem to be implying.

But reporting on it does a great job of keeping us distracted from the growing income gap, the lack of career jobs (sorry, adding more entry level positions is not “job creating), and an overfunded education system that still manages to produce poor results. Rarely is there a media light on topics such as “do the majority of citizens even support either of the current front-running candidates for POTUS?”

Let us not forget a regional manhunt that becomes national news. A group of police seeking a single person 1,000 miles from where you live is not “national news.” It’s a single, isolated incident. It is not the same as one country invading another, but it’s treated similarly (or better).

If there’s any take-home message, it’s that you should do your own investigating. Because of the internet, there are thousands of sites reporting at any given time. Many are legitimate independent journalists not under the pay of big media.

If you want the real story, take a step out of what’s on the TV and find some real news. You might just find your eyes wide open.