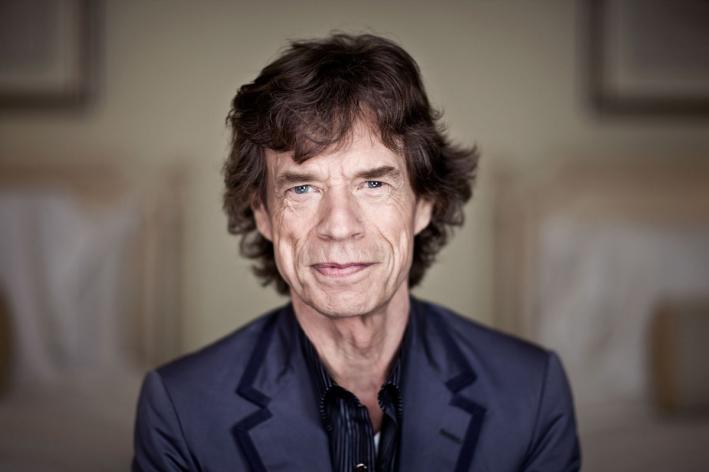 The news that the Rolling Stones are coming out with a song called “Sweet Neocon” that takes the administration to task for its Iraq war policy is … music to my ears:

Wrong? Neocons? They’ll never admit it, although the whole world knows it. That’s a defining characteristic of these ex-lefties-turned-rightists – they’re so blinded by ideology and their ownhubris that even the massive failure of their policies [.pdf] in practice leads not to reconsideration, but to a drunken triumphalism:

“What neoconservatives have long been advocating is now being articulated and practiced at the highest levels of government by a war cabinet composed of individuals who, coming from a very different place, have joined and reshaped the neoconservative camp and are carrying the neoconservative idea throughout the world. As a result, the vast right-wing conspiracy has grown even more vast than liberals could imagine. And even as the tent has enlarged, the great schisms and splits in conservative foreign policy – so widely predicted just a year ago, so eagerly sought and amplified by outside analysts – have not occurred. Indeed, differences have, if anything, narrowed.”

That’s Charles Krauthammer, the Washington Post columnist and easily the most arrogant of the neocons, hailing the great “victory” of neoconservatism as it marks its emergence as the “governing ideology” of this administration.

He doesn’t mention the soaring casualty figures in Iraq: instead we are treated to a panegyric in praise of the recent election, where “freedom” is being installed in the form of a Shi’ite theocracy. Nor is there a hint that the American people are turning away from the Napoleonic delusions of the Bush Doctrine, with its messianic vision of transforming the Middle East into a placid suburb of the imperial metropolis: all we hear out of Krauthammer’s mouth is the smug complacency of those who – taking another hit on the opium pipe of power – disdain the “reality-based community” in favor of their own ideological delusions.

It doesn’t matter what’s happening in the rest of the world, as long as the consensus in the District of Columbia consists of a “debate” between “democratic globalists” – as Krauthammer calls them – who want to conquer the world immediately – and “democratic realists,” who, like Krauthammer, believe that “in the absence of omnipotence, one must deal with the lesser of two evils,” making alliances with evil dictators and “postponing radically destabilizing actions” in the interests of going after the main enemy of the moment.

Krauthammer numbers the president himself as the chief spokesman for “democratic globalism,” and this is undoubtedly true. Bush really does believe in his own omnipotence, and that’s why he’s immune to Jagger’s taunts: “How come you’re so wrong, my sweet neocon.” As a top White House aide put it to journalist Ron Suskind:

“We’re an empire now, and when we act, we create our own reality. And while you’re studying that reality – judiciously, as you will – we’ll act again, creating other new realities, which you can study too, and that’s how things will sort out. We’re history’s actors . . . and you, all of you, will be left to just study what we do.”

Even as the Iraqi insurgency rises up and the American occupation shows every sign of coming unglued, the little Napoleons of neoconservatism are calling for more wars. Krauthammer leads the call to arms:

“First Lebanon, then Syria. Lebanon is next because it is so obviously ready for democracy, having practiced a form of it for 30 years after decolonization. Its sophistication and political culture make it ripe for transformation, as the massive pro-democracy demonstrations have shown.

“Then comes Syria, both because of its vulnerability – the Lebanon withdrawal has gravely weakened Assad – and because of its strategic importance. A critical island of recalcitrance in a liberalizing region stretching from the Mediterranean to the Iranian border, Syria has tried to destabilize all of its neighbors: Turkey, Lebanon, Israel, Jordan, and now, most obviously and bloodily, the new Iraq. Serious, prolonged, ruthless pressure on the Assad regime would yield enormous geopolitical advantage in democratizing, and thus pacifying, the entire Levant.”

Last time we ventured into Lebanon, 241 U.S. Marines were blown to smithereens – but, of course, according to Krauthammer & Co., getting out was a big mistake, one that must be rectified by the current administration. And there is poor old Syria, the sick man of the Middle East, which must be pounced on due to its “vulnerability” – this is the wolf morality of the neocons, which preys on the weak (Iraq was, after all, a fourth-rate military power, and starved for a decade by sanctions).

While the rest of us, weary of war and wondering how we were lied into it, tell pollsters it’s time for our boys (and girls) to come home, the neocons – red in tooth and claw – glance hungrily about for their next meal. We’re ruled by vultures, creatures routinely and rightly despised, and the full horror of it is just beginning to dawn on many of us.

In an interview with Newsweek, Jagger’s comment on the song was that “It is direct,” but then the Stones and Mick himself have always made a success out of their bluntness and this, we hope, will prove no exception. Jagger, though, is worried about the possible repercussions, not in his own case but on account of Keith Richards:

“‘Keith [Richards] said, ‘It’s not really metaphorical.’ I think he’s a bit worried because he lives in the U.S.’ Jagger explains. ‘But I don’t.'”

His Satanic Majesty is being naïve: Tony Blair may be Bush’s poodle on the foreign policy front, but in terms of domestic political repression the UK is way ahead of the U.S. Blair’s socialist government has just announced Draconian restrictions on the right of free speech and a massive deportation order directed at alleged “radicals”: this includes, a crackdown on “extremist websites,” and I wouldn’t be at all surprised if our British readers soon found themselves facing charges for browsing these “subversive” pages. Great Britain, never that free to begin with, is reverting to the absolutism that occasioned our secession, in 1776 – even as our own neo-royalists, among them Krauthammer and his fellow neocons, demonize the antiwar movement as a “fifth column” and excitedly anticipate – and prepare to take advantage of – the next terrorist attack on American soil.

Rank-and-file officers in our own FBI predicted the disaster that befell London, and could befall the U.S., if and when we let the neocons drag us down the road to “World War IV“:

“Such an attack, though, may have grave consequences for your ability to discharge your responsibility to protect Americans, and it is altogether likely that you will find yourself a helpless bystander to a rash of 9/11s. The bottom line is this: We should be deluding neither ourselves nor the American people that there is any way the FBI, despite the various improvements you are implementing, will be able to stem the flood of terrorism that will likely head our way in the wake of an attack on Iraq. What troubles me most is that I have no assurance that you have made that clear to the president.”

That was Coleen Rowley – remember her? – the frontline FBI agent who blew the whistle on the bureau’s obstinate incompetence, and tried to correct the problem, a crusade that led her to speak out against policies that made the failure of our anti-terrorist effort inevitable. She saw with perfect clarity what eluded our brainy neocons and all those formerly war-happy Washington-based pundits. These folks are busy running from the moral responsibility of at least apologizing for their grievously costly errors and are now maintaining a stoic silence on the subject of Iraq, or claiming that if only we’d done it their way – with more troops, more allies, more tax dollars – we’d be in the clear.

Sweet neocons, why are you soooooooo wrong? The answer is they’re never wrong – in any conflict between reality and their “idealistic” philosophy, it is the former that must give way. As war clouds hover darkly over Lebanon, Syria, and Iran, and the first few premonitory bolts of lightning split the sky, another Jagger song rises up from the vale of memory, like a ghost mocking us down through the years:

I have no sympathy for the Devil, but I want to understand him: these days a thorough familiarity with evil is absolutely necessary, and not only for us pundits. Toward that end, the lyrics of Jagger’s 1968 hit song might almost be taken for a narrative about the long and treacherous history of the neoconservative cult, from its origins on the radical Left:

“Stuck around St. Petersburg when I saw it was a time for a change
Killed the Tzar and his ministers, Anastasia screamed in vain”

…. to its identification with war:

“I rode a tank held a gen’rals rank when the blitzkrieg
raged and the bodies stank.”

Yes, but, as Jagger wonders, as do we: why are we in thrall to these monsters?:

Constant war, the iron fist of repression – even the upside-down Bizarro World mentality of the neoconservative ideologues, who reinterpret disaster to mean “victory,” is anticipated in Jagger’s vision of Satanic evil in the saddle:

“Just as every cop is a criminal and all the sinners, Saints
as heads is tails, just call me Lucifer ’cause I’m in need
of some restraint
“So if you meet me, have some courtesy have some sympathy
and some taste
“Use all your well learned politesse or I’ll lay your soul to waste
Pleased to meet you hope you guess my name
But what’s puzzling you is the nature of my game”

The Luciferians who have seized power in Washington are certainly in need of some restraint, and it could be that only a prosecutor is going to have the power to put them in the sort of restraints they really deserve – i.e. handcuffs. As for the nature of their game, I’ll leave that dark mystery to the psychologists and other students of abnormal phenomena, and only note that the more we know about these devils the less sympathy they evoke.