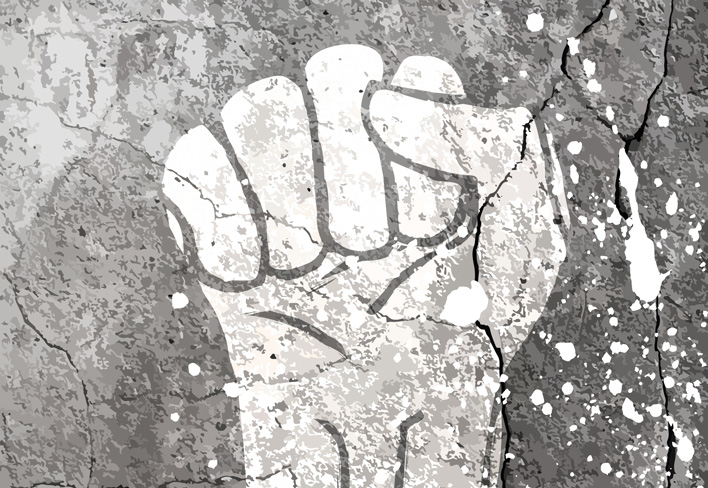 The meaning of language is often misunderstood, but the confusion that comes out of the pure ignorance for disregarding history, is boundless. From Wikipedia: the term Radical (latin radix meaning root) has been used since the late 18th century as a label in political science for those favouring or trying to produce thoroughgoing or extreme political reforms which can include changes to the social order to a greater or lesser extent. Historical Radicalism was quite distinct from the modern American usage of radical to denote political extremes of right or left. An insightful way to examine the meaning of being radical can be found in the tragic chronicle that destroyed the vaulted Republic. The watershed event that caused the decisive destruction of the American experiment was the War of Northern Aggression. In order to gain the significance of that era, a short account of the Republican party is most useful.

“The Republican party in 1861 was a coalition of disparate elements. Formed only 7 years earlier, it contained men who had been Whigs, Anti-Slavery Democrats, Free-Soilers, Know-Nothings, and Abolitionists. By the outbreak of the war, these fragments had coalesced into 3 basic factions: conservatives, moderates, and radicals . . . The most aggressive and, eventually, most influential of the three was the Radical Republican faction. All Republicans were against slavery, but this group was the most “radical”, in its opposition to the “peculiar institution.” While conservatives favored gradual emancipation combined with colonization of Freedmen, and while moderates favored emancipation but with reservations, Radicals favored immediate eradication of an institution they viewed as iniquitous, and saw the war as a crusade for “Abolition” . . . Men of little patience and less tolerance, the Radicals advocated an implacable, uncompromising prosecution of the war against the Southern rebellion, and were in the forefront of such issues and legislation as the Confiscation Acts, emancipation, the enlistment of blacks, the 13th Amendment, and Reconstruction policies . . . The Union victory and the destruction of slavery did not conclude the Radicals program. With Lincoln’s assassination and Andrew Johnson’s succession, the Radicals domination of the party and Congress increased. These committed politicians would shape the reconstruction of the nation.”

Clearly calling the waging of an annihilating nationalistic war – reform – is ridiculous. Nevertheless, it certainly was radical. The impetus for such drastic measures arose out of an inevitable political dissatisfaction of conflicting worldviews. The parallel mindset that fosters a twenty first century perpetual terror and permanent war phobia has its roots deeply seeded in the megalomania cult of Lincoln adoration. The discontent that drove the psychopaths that rallied for internal destruction was based upon the subversive idea that preserving the Union was a sacred cause. Accusing the Southern States of sedition, demonstrates the utter perversion of the radical republicans. In less than a century the entire purpose of the 1776 revolution was lost as the forces for centralized supremacy gained their dream, the destruction of Liberty and the imposition of federal despotism.

Today the “so called” progressive activists carry on the loathsome ritual of utopian intrusion. What they call “social justice” is really a diversion. Their unholy union with Lincolnesque sycophants is a fundamental reason why the public politick never is able to achieve true, individual or community, independence. Ambrose Bierce offers a clarion clarification:“Conservative: a statesman who is enamoured of existing evils, as distinguished from the Liberal, who wishes to replace them with others.”

The basic, natural and universal disposition towards individual self-realization has been systematically suppressed. It has been undermined with the distortion that only a strong invasive and usually coercive central government can bring nirvana. This vile and fallacious ethos is steeped in all civil codes and permeates every aspect of the ‘PC’ test for social acceptance. Sounds radical doesn’t it!

Now contrast this form of domestic suicide and compare it with the recent experience in the UK, known as `Thatcherism’. In the emblematic style found in British discourse, Mark Neocleous presents this analysis:

“One of the problems has centred on the radicalism of the phenomenon, since it is partly its radicalism which appeared to mark `Thatcherism’ out as a distinct form of conservative politics, or possibly even a `new’ Right way of thinking. Of the many reasons for which the New Right may deserve the label `new’ – for its self-conscious attempt to be more openly principled than previous forms of thinking on the Right perhaps, or merely by virtue of the very different historical circumstances in which it emerged – one of the most significant is the fact that it was more self-consciously radical than previous varieties of conservative thought. It is this radicalism, and the way others have attempted to understand it, that interests me, for it essentially destabilized the established political vocabulary. This destabilization has proved highly demanding for social and political thinkers generally, and the Left in particular. For social and political theory it soon became clear that new ways of grasping the `conservative’ nature of the New Right were needed; for the Left the problem related to the kind of strategy to adopt in tackling it. This was particularly true of Britain, partly because `Thatcherism’ appeared to be the most intense manifestation of New Right politics and partly because of the spectacular failure of the Left in this country.”

If Mr. Neocleous is correct in describing the Thatcher version of conservatism as “more openly principled” which is inevitably destabilizing, would it not be proper to conclude that the mere suggestion of politics based upon PRINCIPLE is a radical approach to the art of the possible? For most of the modern social democratic era, the focal force within politics has been exemplified by puritan motives using utilitarian pragmatics with Marxist rhetoric. No wonder the mere idea of a principled policy must seem extremely radical! When Leo C. Rosen proclaims that: “A conservative is one who admires radicals centuries after they’re dead“, he sums up why the old Tory – pre Thatcher – party lacked that stiff upper lip Edmund Burke standard. As for being a destabilizing influence on the collectivist welfare state, pray tell we finally have the real definition for social progress . . .

In order to refute the wretched legacy that created the GOP, the tactics of radical destabilization becomes the sound principles approach. The overwhelming disposition of the ordinary citizen professes a strong yearning for stable common sense economics, a conventional social order and a stable country secure in the pursuit of happiness for each individual. Those are real conservative values. Abstract political principles must be transformed into real world practical solutions. The shameful course in U.S. politics in the post American Revolution occupation is designed by tyrants to foster a docile and dependent society. The central state is not essential. It is the source of reconstructive repression and all-pervading absolutism. The masses will remain acting like Asses if they refuse to become radical.

Foolishly believing that genuine conservatism resides within the Republican political establishment is pure folly. Denying that the Democrats are anything other than savage Statists, renounces the proud heritage of Thomas Jefferson. Both parties operate as carpetbaggers of corruption – self-seekers of power in the pursuit of maintaining the organized crime syndicate. Becoming a radical is the sensible alternative. But to achieve meaningful change, knowing what it means to be a reactionary is also necessary. Paul Weyrich gives a hint of what it takes: “We are different from previous generations of conservatives. We are no longer working to preserve the status quo. We are radicals, working to overturn the present power structure of this country.” The next task is to set the record straight – the way of the reactionary.