Voices in the Wilderness: Of the “Paleoconservative” Spectrum 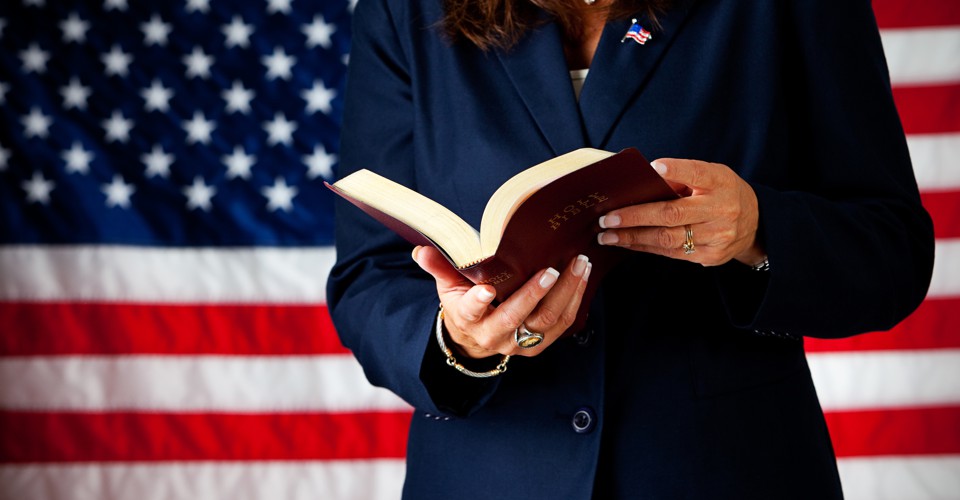 Traditional Conservatives, a.k.a. Paleoconservatives, think of their movement, as the term paleoconservatism implies, as the older, classical incarnation of conservatism, dating back to Edmund Burke. In reality, as has been noted by a number of recent reviews on the subject, paleoconservatism is a distinct movement originated in the ’80s as a reaction to neoconservatism. Samuel Francis reviewing a the recent Scotchie book The Paleo Persuasion, states “Paleoconservatism is largely the invention of a single magazine, the Rockford Institute’s Chronicles, as it has been edited since the mid-1980s by Thomas Fleming,” and Scotchie book is essentially an account of what Fleming and his major colleagues at Chronicles mainly, historian Paul Gottfried, book review editor Chilton Williamson Jr., professor Clyde Wilson, and I believe, and what the differences are between our brand of conservatism and others”…

Conceptualizing paleoconservatism around the founding of Chronicles, these emphasize key events closely associated with Chronicles magazine and its staff. Such events most prominently include the M.E. Bradford NIH nomination fight, the neoconservative initiated 1986 Rockford Institute funding cutoff, and attacks by noted neoconservatives such as Neuhaus on the Rockford Institute as anti-Semitic. Correspondingly the growing power of neoconservatism at National Review, as manifested by the increasing power of John Podhoretz and the Commentary faction at National Review and NR‘s attacks on Pat Buchanan and Joseph Sobran also figure prominently in their accounts of the rise of paleoconservatism’s mirror opposite, neoconservatism.

Viewing ideological contests chiefly as a conflict between rival journals and leaning mainly on the perspectives of the editors and board members of National Review andChronicles, such a perspective may seem to reflect the substantive realities and dynamics of these respective movement’s leadership. It also can easily leads to a perspective that seems parochial and regional to outsiders. Chronicles magazine, for a magazine asserting itself as the defining instrument of American paleoconservatism, seems overly defined by this such an image, as in the main the thinking of writers associated with it. These include editor Thomas Fleming, Bradford, Wilson and others associated with the Southern agrarian tradition and modern neo-southern organizations like The League of the South. To assume the mantle as it does of the legitimate heir of America conservatism the prominent role of Russell Kirk in its founding was probably critical in paleoconservatives claim to exclusive legitimacy within the American conservative tradition.

Relying so heavily in Kirk is unfortunate, since the weaknesses of his thought tend to parallel the weaknesses of the Southron Chroniclers. Jim Kalb writes ” Kirk is still a presence on the intellectual right, but is more admired than followed. His views have had little effect on popular conservatism. They tend toward syncretism, abstraction and self-indulgent vagueness, and consequently are only weakly connected to the things men actually live and die for”. Combining with predilections of southern agrarianism, what is said about Kirk could probably be generalized to Chronicles paleoconservatism as a whole, at least outside of a narrow milieu, as its perspective to many seems to be in the Kirkian tradition strongly literary, philosophical, and abstract.

Differences between the two movements appear on examination to not be ideological. Some liberal opinion has predictably described the gulf between the two as owing to the resistance of Weyrich and Robertson to paleo’s supposed strong racial emphasis

In reality though the “culture war” concept which the CCC originally articulated in 1987 is associated as much if not more with paleoconservatism, such as most famously with Buchanan’s much demonized 1992 GOP convention speech, as with the Christian Coalition Weyrich and Robertson founded. Traditionalism’s two horseman of liberalism’s “cultural war” apocalypse; the religious right’s Christian conservatism and the paleoconservative movement’s cultural populism, are commonly vilified by the multiculturalists and cultural Marxists with the almost equally slanderous epitaph’s of “theocrats” and “white supremacists.”

Practically the politics of the CCC has been almost identical with that of Chronicles. Both for example support Pat Buchanan, are cautious on wars in the Middle East and elsewhere, support immigration reduction, are free trade skeptics, and draw some controversy for their uncompromising social and religious views. Even influential paleocon insiders like Samuel Francis would like to know why theChronicles school has not been more successful at defining the American Old Right and forming stronger coalitions with movements like Cultural Conservatism and the FCF. By contrast the situation at present to insiders seems to be that only a very loose existence exists among the various groups on the right which the neoconservatives could not or would not take over.

One can only speculate. Personalities are undoubtedly involved to some extent. The widely differing style of politics practiced by different traditionalist organizations is probably important also.Chronicles has worked to develop an, albeit small, grassroots following, with the goal of gaining mainstream acceptance of paleoconservatism, in a similar manner as did National Review did when it first was created before. Lobbying organizations like the FCF of Paul Weyrich and William Lind by contrast represent the views of the religious right and its supporting organizations and constituencies by lobbying elite’s to gain acceptance of these views. Within the elite’s that it as a conservative lobbying organization is speaking to, multiculturalism is viewed, if not (as with liberal organizations) as an a priori truth, at least as a accepted political reality that political civility precludes from criticizing unambiguously. Successfully representing traditionalist views require a subtlety that can makes it difficult to simultaneously maintain a high public profile as an organization with a definite traditionalist political agenda, even one fairly abstract as with Chronicles and mainstream paleoconservatism. Accordingly figures within cultural conservative leaning organizations, even when they hold uncompromising views, often are reticent in promoting or expressing these views, at least in a clear, emphatic, and effective manner.

The general inclination to organizational separatism is expressed quite prominently in their present strategy for American cultural renewal “cultural parallelism”. This strategy involves, rather than working with existing American cultural institutions, working from scratch to create a whole new set of genuinely traditionalist cultural institutions, as outlined on the CCC website. While perhaps intellectually and conceptually simpler than confronting and reforming existing organizations and institutions from within, such exclusivity also seems to be yet another reflection of the facetiousness that as Scotchie notes in his recent book Revolt From the Heartland is often characteristic of paleodom, as well as a certain impracticality and reluctance to work with existing organizations also characteristic of the movement.

A Neoconservative leader’s job typically involves spend their time herding the sheep that mainstream conservatism are left with, and as with the well known Jim Robinson at Censored Republic, protecting them from the wolves that would prey on their simple and innocent natures. Managing paleoconservatives’ collective behavior, by contrast, is often compared to that of herding cats.

In spite of the obstacles to and difficulties involved in working together, the similarities of the cultural and paleo branches of conservatism are so great it is still quite surprising that the two movements remain, organizationally speaking, completely separate to all intents and purposes. The religious right’s and other social conservative’s subordination of their basic agenda to the needs and desires of the neoconservative oriented Republican leadership is now at least tacitly and commonly openly acknowledged by those in the religious right, to not be serving their original interests and goals in entering politics. The fig leaf that continuing to serve the agenda of the mainstream GOP in hopes of eventually achieving gaining some social conservative concessions in return is now acknowledged by almost all to be an empty shell. By now not only the grassroots but also even many leading activists find it difficult to justify continued political activity.

Faced with these hard realities, the advantages of associating definitively with the Paleo movement, even if it loses a certain amount of its appearance of mainstream respectability, must seem obvious to perceptive cultural conservatism leaders like William Lind. Lind’s activities recently have included several activities commonly associated with the “fringe” aspect of paleoconservatism that tend to make mainstream conservative leaders so nervous about the movement. Besides a speaking engagement last June at the controversial Institute for Historical Review, the CCC website discusses a grassroots networking program for traditionalist revival called the New Traditionalist Project and a futuristic book about a multicultural civil war in America. Though the rationale behind these recent moves is puzzling to religious right leaders accustomed to a far more moderate political strategy, there is a certain clear logic in these moves and apparent feelers at new alliances for the cultural conservative movement.

Increasingly the need is becoming apparent for social conservatives to maintain a separate organization and assert their independence from mainstream political organizations, even though influence lost might mean a small amount of gains lost that the mainstream always throws in to conservatives as a sop. The movement increasingly, as it promotes an agenda of cultural parallelism and independence for Americans from existing mass cultural institutions, appears to be quite logically exploring such a strategy for itself. As it moves away from these existing mainstream institutions, it is quite logical that it will find the experiences of the other organizations, marginalized and often vilified groups such as the Rockford Institute, John Birch Society, and even the IHR, to be of considerable value.

These organizations have long been outside of the cultural mainstream and at least by necessity have their own long record of working toward “cultural independence,” even if the precise agendas and ideologies encountered vary widely. Expressions of support for these parallel institutions are a necessary part of expressing dissatisfaction with and questioning the legitimacy of existing mainstream institutions. It is in the same vein that the CCC website suggests the bumper sticker “Public Education is Rotten; Homeschool Your Kids.” Of course the dominant alternative medium of political free expression in this country and elsewhere is the internet, and such genuinely free internet forums such as on this site or at Friends of Liberty, Liberty Forum, Liberty Post and other forums linked from here provide genuine alternative means of enlarging “the public sphere” for those outside the corrupt mainstream. Working with and incorporating such existing parallel institutions would also seem to be a logical part of the process of cultural independence.

The tradition of Americans establishing new sets of parallel cultural institutions as established institutions become overtaken with corruption and liberalism is a long and hallowed one, after all, implicit in our nations founding. From founding new political parties like the Republican Party to the establishment by churches of new institutions of higher education as the old ones like Harvard and Yale abandoned their mission, to the modern home schooling movement, such shedding of the old dying husk indeed seems an inevitable part of the constant revitalization necessary to continue to keep our republic and its culture strong and healthy. History also notes that, during times of great cultural stress and turmoil, many movements previously regarded as marginal and extremist become the source of inspiration to visionary leaders from the mainstream looking for change. Whether the present moves are indicative of the broad cultural shifts that preceded previous shifts in our culture remain to be seen, but it is only natural that a leader of a movement dedicated to a cultural conservative revival would strive to be not only a perspicuous observer, but at times a prudent participant, in culturally related activities and organizations at the time considered fringe.