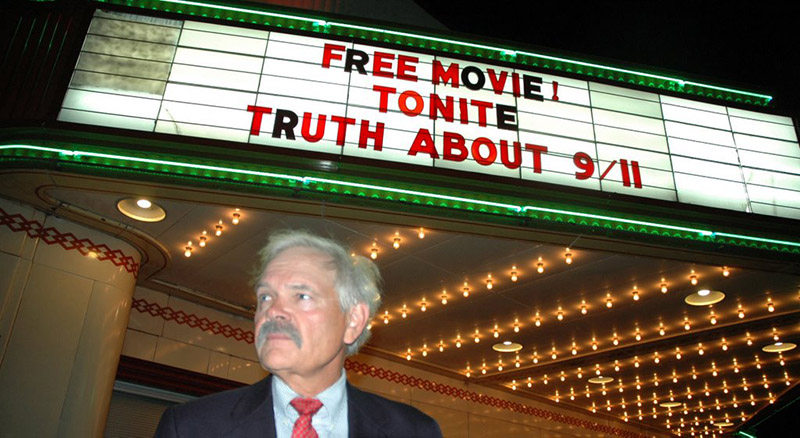 The recent expose, “Why Did the Trade Center Skyscrapers Collapse?“, from Texas A&M Professor Emeritus Morgan Reynolds cracks wide open the mass deception of what supposedly happened on 9-11-01. It delivers facts and analysis that undeniably raise the issue of US FedGov involvement in those murderous acts perpetrated against the American people. Professor Reynolds’ penetrating comments have created no small stir. Even Matt Drudge and some Main Stream Media outlets, such as UPI, have picked up his observations. So who is Professor Morgan Reynolds? Is he a rabid, un-tethered, wing-nut, addled-brain democrat? Consider this brief biography.

Morgan Reynolds, Ph.D. [send him mail], is professor emeritus at Texas A&M University and former director of the Criminal Justice Center at the National Center for Policy Analysis headquartered in Dallas, TX. He served as chief economist for the US Department of Labor during 2001–2, George W. Bush’s first term.

Yes, Professor Reynolds used to work for GWBush-43. He was a tenured professor at the same university that houses the GHWBush-41 Presidential library of which the current President of Texas A&M is Robert Gates, the ex-CIA Director under GHWBush-41. Prior to Gates ascending to the university presidency, he was the dean of the GHWBush School of Government and Public Service at Texas A&M.

The effectiveness and potential threat that Professor Reynolds’ commentary poses to the FedGov fairy tale about 9-11-01 can be gauged by Robert Gates’ response found on this Texas A&M web site. Gates response was web linked at the Drudge Report as well.
The following is a statement from Texas A&M University regarding recent news reports about the collapse of the World Trade Center on 9-11.

Dr. Morgan Reynolds is retired from Texas A&M University, but holds the title of Professor Emeritus-an honorary title bestowed upon select tenured faculty, who have retired with ten or more years of service. Additionally, contrary to some written reports, while some faculty emeriti are allocated office space at Texas A&M, Dr. Reynolds does not have an office on the Texas A&M campus. Any statements made by Dr. Reynolds are in his capacity as a private citizen and do not represent the views of Texas A&M University. Below is a statement released yesterday by Dr. Robert M. Gates, President of Texas A&M University:

“The American people know what they saw with their own eyes on September 11, 2001. To suggest any kind of government conspiracy in the events of that day goes beyond the pale.”

A brief parsing of Mr. Gates’ particularly sly comments is in order. Does he deny or refute any of the facts that Reynolds asserted? No. Does he address the important questions and factual anomalies that Reynolds and others have raised? No. Gates instead attempts to express and direct public outrage and incredulity at Reynolds. Why? Could it be that Reynolds provided a clear and compelling exposition of the anomalous evidence about 9-11-01, none of which has yet to be explained by anyone in the FedGov? Gates’ thinly veiled ad hominem attack is absent of any persuasive value because it is absent of any facts that refute Professor Reynolds.

Gates is the only person to have risen from an entry-level employee to be the Director of the CIA. To have accomplished that feat, it would be necessary for him to have nothing less than first order analytical thinking skills. Has Gates lost those intellectual abilities or is he acting in conjunction with others to maintain the 9-11-01 deceptions? Why would he issue such a deflecting, Clintonian comment? Why is Gates apparently exhibiting a greater allegiance to the son of his ex-boss than to the American people and his university?

What does loyalty to Texas A&M have to do with any of this? Assuming that the issues and questions raised by Prof. Reynolds accurately point to what really happened on 9-11-01, then Gates’ above comments have violated the Aggie Code of Honor

“An Aggie does not lie, cheat, or steal or tolerate those who do.”

“The Aggie Code of Honor is an effort to unify the aims of all Texas A&M men and women toward a high code of ethics and personal dignity. For most, living under this code will be no problem, as it asks nothing of a person that is beyond reason. It only calls for honesty and integrity, characteristics that Aggies have always exemplified.”

“The Aggie Code of Honor functions as a symbol to all Aggies, promoting understanding and loyalty to truth and confidence in each other.”

…to say nothing of his oath as a Federal Officer to uphold, protect and defend the Constitution and the people of the united States of America from all enemies foreign and domestic. If you were a Texan or lived here for any length of time, then you would understand how seriously the faculty and alumnae uphold the honor of Texas A&M.

The CIA clearly failed in its responsibilities to the people on 9-11-01. If Gates had any integrity, he would to this day be publicly demanding a full-blown investigation of the CIA’s flagrant incompetence in not preventing the events of September 11, 2001. Instead his words give cover to a FedGov that seeks to further eviscerate the Constitution, expand its current unlawful powers over the people and obfuscate/obstruct any substantive investigation of the anomalies of 9-11-01.

A question and challenge to you, Mr. Gates…is it really inconceivable that the FedGov would conspire against the America people? Would you care to explain to the American people the reality of the Operation Northwoods? For those unfamiliar, Operation Northwoods was an operational plan submitted by the US Joint Chiefs of Staff in 1962 to President Kennedy. It recommended the use of the US military forces to directly attack American cities under a false flag of Cuban terrorism/sabotage and thus create a phony pretext for launching military actions against Fidel Castro?

A further question and challenge to you, Mr. Gates…would you care to explain to the American people that the justification for continuing the Vietnam War given by Lyndon B. Johnson,the Gulf of Tonkin incident, was totally bogus and was known to be without any basis in truth from the beginning?

No sir Mr. Gates, the American people in general do not know what really happened on 9-11-01. What truly is beyond the pale and well into mass capital crimes is not what Professor Reynolds wrote but what the FedGov either intentionally did on 9-11-01 or allowed to happen or was grossly malfeasant in its failure to prevent.

For Gates to have issued any response at all to Reynolds’ article is evidence that the lies and deception that comprise the FedGov story line for 9-11-01 are beginning to unravel. A minority but growing segment of the population is giving ear. We are indebted to courageous people such as Morgan Reynolds, Paul Craig Roberts, Karen Kwiatkowski, Sibel Edwards and other informed truth tellers who have come forth to uncover the root-of-treason that infects our republic these days.
“Those who would give up Essential Liberty to purchase a little Temporary Safety, deserve neither Liberty nor Safety.” Benjamin Franklin-Richard Jackson
Ephesians 5:6-14 (New American Standard Bible)

6Let no one deceive you with empty words, for because of these things the wrath of God comes upon the sons of disobedience.

7Therefore do not be partakers with them;

8for you were formerly darkness, but now you are Light in the Lord; walk as children of Light

9(for the fruit of the Light consists in all goodness and righteousness and truth),

10trying to learn what is pleasing to the Lord.

11Do not participate in the unfruitful deeds of darkness, but instead even expose them;

12for it is disgraceful even to speak of the things which are done by them in secret.

13But all things become visible when they are exposed by the light, for everything that becomes visible is light.

14For this reason it says,
“Awake, sleeper,
And arise from the dead,
And Christ will shine on you.”